Richard III History in the Making 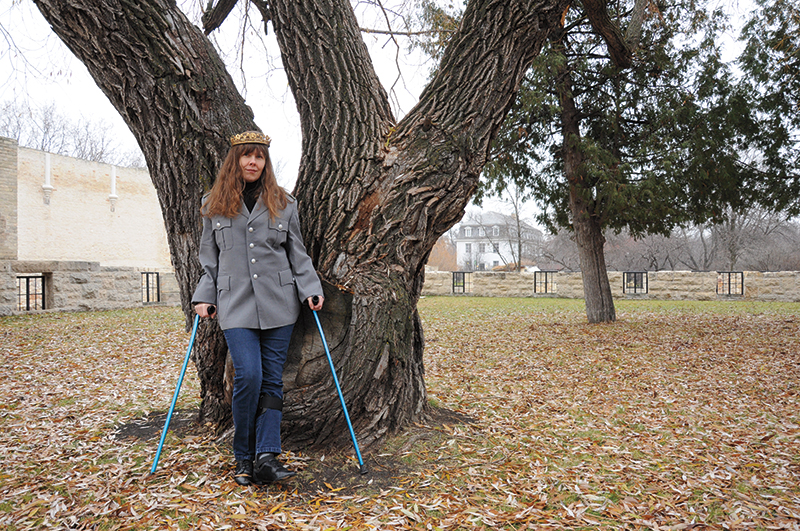 Shakespeare in the Ruins’ upcoming production (June 1-25) of Richard III will be the first spring show I’ve performed in since Merchant of Venice in 2007. Some of you may know that my absence has been a result of my impaired mobility due to multiple sclerosis. Actors with disabilities are rarely seen on professional stages or in movies. Indeed, “cripping up” is often regarded as a good strategy for able-bodied actors seeking accolades. (Dustin Hoffman in Rainman, Daniel Day-Lewis in My Left Foot, Eddie Redmayne in The Theory of Everything: all Oscar winners.)

The beliefs and attitudes that keep disabled people out of professional theatre are slowly but surely changing. The Canada Council has just announced that diversity will be second only to artistic excellence in its new funding priorities. The National Arts Centre is about to launch a two-year Study/Summit cycle exploring theatre created by people with disabilities. Headlines like “Cripping up Is the New Blackface” are appearing in major publications questioning the wisdom of excluding people with disabilities from interpreting characters with disabilities.

And of course, Shakespeare in the Ruins is on the cutting edge of the zeitgeist. According to our research, ours will be the first professional Canadian production of Richard III featuring an actor with disabilities in the title role. This is huge! Imagine being the first actor of colour to play Othello. Or, for that matter, the first woman to play Juliet. The pressure is on!

I’m not worried. I’ve been preparing for this role for months already, carrying a tiny ancient version of the text around with me everywhere, reading it every chance I get. The team we’ve assembled to work on the show is top-notch; director Christopher Brauer and ensemble actors Andrew Cecon, Toby Hughes, Arne MacPherson and Sarah Constible as well as a mix of new and familiar faces to fill out the cast. I’m also fortunate to be married to the last person to play Richard III for SIR in 1999, Arne MacPherson, who is a great resource.

Come to think of it, I wonder how many other actor couples have both played this role? This may be another first!

I hope you’ll make a point of coming out to see our show this spring. Richard III is not just one of Shakespeare’s most famous histories, this production may well be history in the making.