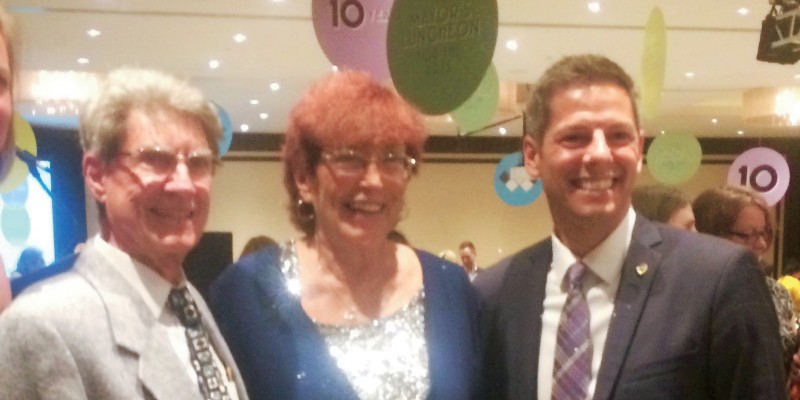 We chose to give to the Shakespeare in the Ruins (SIR) endowment fund for several reasons.  The foremost is that we met and enjoyed the original complement of SIR theatre neophytes. They were mostly young, just out of university, friends and acquaintances. A mix of characters, if you will, who blended well together to become a cast and crew. We loved them and still do.

Individually, and as a group, they have progressed so very far from this mix, that we’d hope to see future groups of fits and misfits advance careers along the same path – even as they have – to actors, producers, comedians, writers, and directors.  We like to compare them to the “Kids From Flushing” becoming the New York Mets.

Having slept through most of Shakespeare in high school because of utter boredom, SIR has been able to make us appreciate, love and most of all UNDERSTAND the Bard. I gave to the endowment fund to pay forward my experience to future generations.